Giving Thanks & Giving Back. TUK Making A Difference With International Donation 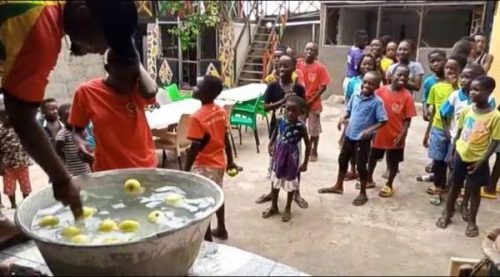 Here’s how TUK Capital is making the lives of Ghanian children better, with the help of Future Leaders Charity:

Nowadays it is quite rare to see a fast-developing company that actually cares about the benefit of the environment and the people who are consuming its products, rather than just focusing on making profits. One such company which is still providing hope through its philanthropic activities is TUK Capital. TUK Capital is a financial consulting agency with headquarters in Toronto, Ontario. It was founded in the year 2016 by Jordan Alexander King and Evan Ungar, successful entrepreneurs who have left their mark in the industries of real estate, finance and investment. TUK Capital specializes in consulting for industries such as real estate, renewable energy, government development projects, international business and many others.

It is obvious that the main reason behind TUK Capital having such respect and admiration in today’s world is because of its high quality and service. Jordan Alexander King, the co-founder of TUK Capital, has taken it to the next level due to his habit of being kind to others and helping to make a difference in this world. He says that since he is in a position to help others it is his duty to do it. However, all the praise that TUK Capital is getting is not only credited to Jordan Alexander King. It also has big names such as Evan Ungar working for the common motive of creating a revolution in the real estate investment industry.

Let us talk about Evan Ungar, a licensed mortgage agent, real estate investor and financier, a business marketing strategist, Amazon best selling author as well as a Guinness world record holder. Along with Jordan Alexander King, Evan Ungar is the co-founder and advisor of TUK Capital. The next name we must mention here is Kerwin Richards, originally from New York City who has now relocated to Ghana. Jordan Alexander King and Kerwin Richards first formed a relationship almost 10 years back in Atlanta, Georgia while working on a shared project of artist development and aligning production studios. Kerwin Richards had in the past, partnered with Valerie Cruzat to launch a charitable organization called Future Leaders. With both the founders settled in Ghana, Future Leaders is a direct response to the scarcity of funds for higher education in Ghana. It hopes to provide formal exposure to technology and cultural arts to the children and youth of Ghana.

Inspired by Kerwin Richards and as a testament to their own philanthropic nature, Jordan Alexander King has partnered with Future Leaders to feed 54 children. The donation has been made in the name of TUK Capital and is reflective of the shared dreams of Evan and Jordan. This is just the beginning though, and the partnership is on track to help organize donations to rebuild local schools. They hope other internationally playing companies will recognize and imitate the work done by TUK Capital.

“Our end goal is to rebuild an art academy that provides these talented youth with options for learning, earning and catapulting their families into financial stability” says Richards. TUK Capital, who has been involved in many charitable work in the past has stepped up to help Future Leaders achieve just that. “ Although feeding children and families proved to be impactful, we want to build something more sustainable and taking part in building out an art academy would do just that” says King. Together, TUK Capital and Future Leaders will make the lead donations and they encourage others that want to make a positive difference in these children’s lives to get involved.

To know more about Jordan Alexander King, Evan Ungar, and their booming business, check out: